The recording of the February 18 program, Coming Out, Moving Forward, has been uploaded to the HPL YouTube channel.  Here is the link: https://youtu.be/DPtsb0_2urU.  Please feel free to share widely. 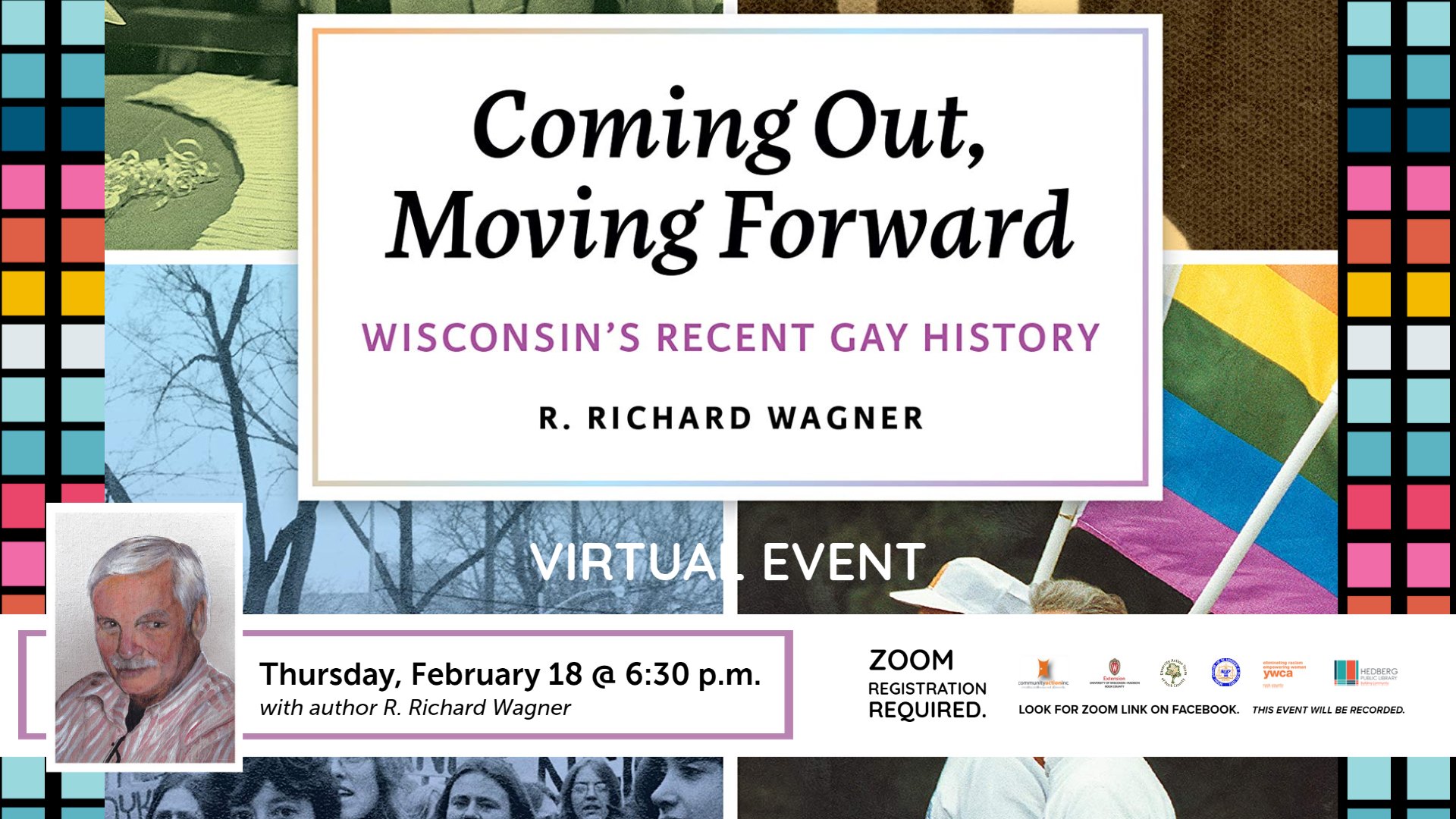 Coming Out, Moving Forward: Wisconsin’s Recent Gay History, the second volume in R. Richard Wagner’s groundbreaking work on gay history in Wisconsin, outlines the challenges that LGBT Wisconsinites faced in their efforts to right past oppressions and secure equality in the post-Stonewall period between 1969 and 2000.
During this era, Wisconsin made history as the first state to enact a gay rights law prohibiting discrimination in employment, housing, and public accommodations on the basis of sexual orientation. It also became the first state to elect three openly gay/lesbian persons to Congress.
In this volume, R. Richard Wagner draws on historical research and materials from his extensive personal archive to not only chronicle an important movement, but also to tell the stories of the state’s LGBT pioneers—from legislators and elected officials to activists, businesspeople, and everyday citizens.
Coming Out, Moving Forward documents the rich history of Wisconsin’s LGBT individuals and communities as they pushed back against injustice and found ways to live openly and proudly as themselves.
Registration required. Register using this link:

https://us02web.zoom.us/…/tZUlfuGgqDgqE9Xu-yN…
This program is presented by the Diversity Action Team of Rock County, the YWCA of Rock County, the Beloit NAACP Branch #3251, Hedberg Public Library, Community Action Inc. Rock & Walworth Counties, and UW-Madison, Division of Extension Rock County
This is a virtual event and will be recorded. The recording will be available on the HPL YouTube channel the week after the program.
← Previous Post
Next Post →