In 1998 members of the Janesville Branch of the American Association of University Women invited representatives the Janesville School System, UW Extension, YWCA, YMCA, Bridge Builders, United Way and other community groups to come together to discuss the issue of diversity in our community. The Action Council of Janesville accepted the request of this group to become a sub-committee and they began to meet on the first Tuesday of each month.

After much discussion the name of Diversity Action Team was agreed upon with a goal of advocating for Janesville to become a more welcoming community for all people regardless of ethnicity, race, economic status or abilities. An appreciation of diversity and encouraging people of color to live and work in Janesville were part of the group’s goals.

The first project was the planning and execution of an ethnic food festival at Pick ‘N Save. The name of the event was “Taste and Appreciate the Difference.” After the second Year, the DAT was asked to be part of the Martin Luther King Jr. Celebration planned by the UAW Local 95 Civil Rights Committee. The DAT also participated in the Labor Day Parade with a float titled “Diversity Works.”

The second year it won the Peoples’ Choice Award. A half day Diversity Training Workshop was planned and facilitated by two of the DAT Members. Two “Color of Fear” workshops have also been held.

In 2003 the DAT members were in a pilot program for study circles on race and race relations. Several of them have become facilitators for new study circles that included over 70 Rock County residents. When the discussion groups ended, many participants expressed an interest in continuing and the First Thursday Evening social/educational meetings began at the Hilltop Café, at 123 E Milwaukee 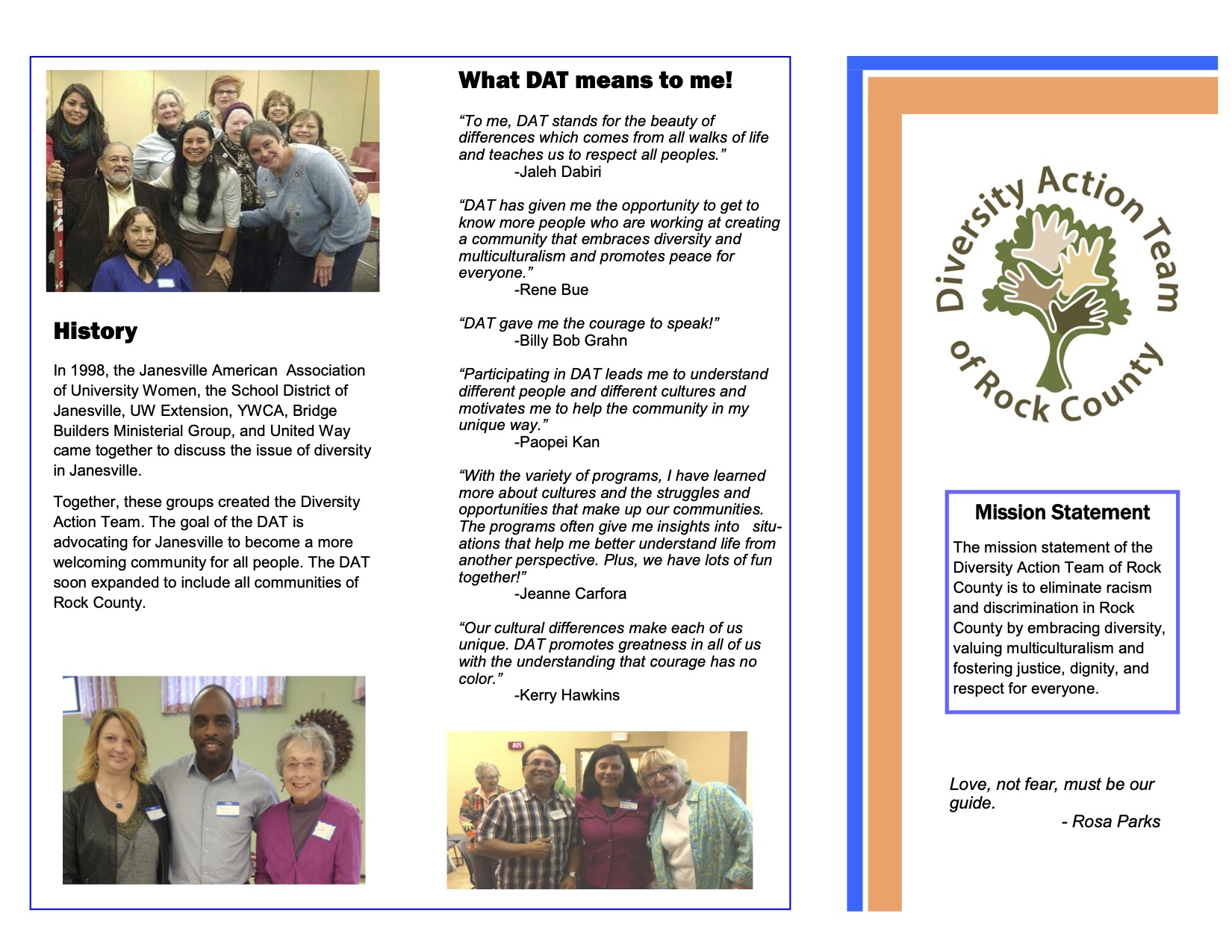 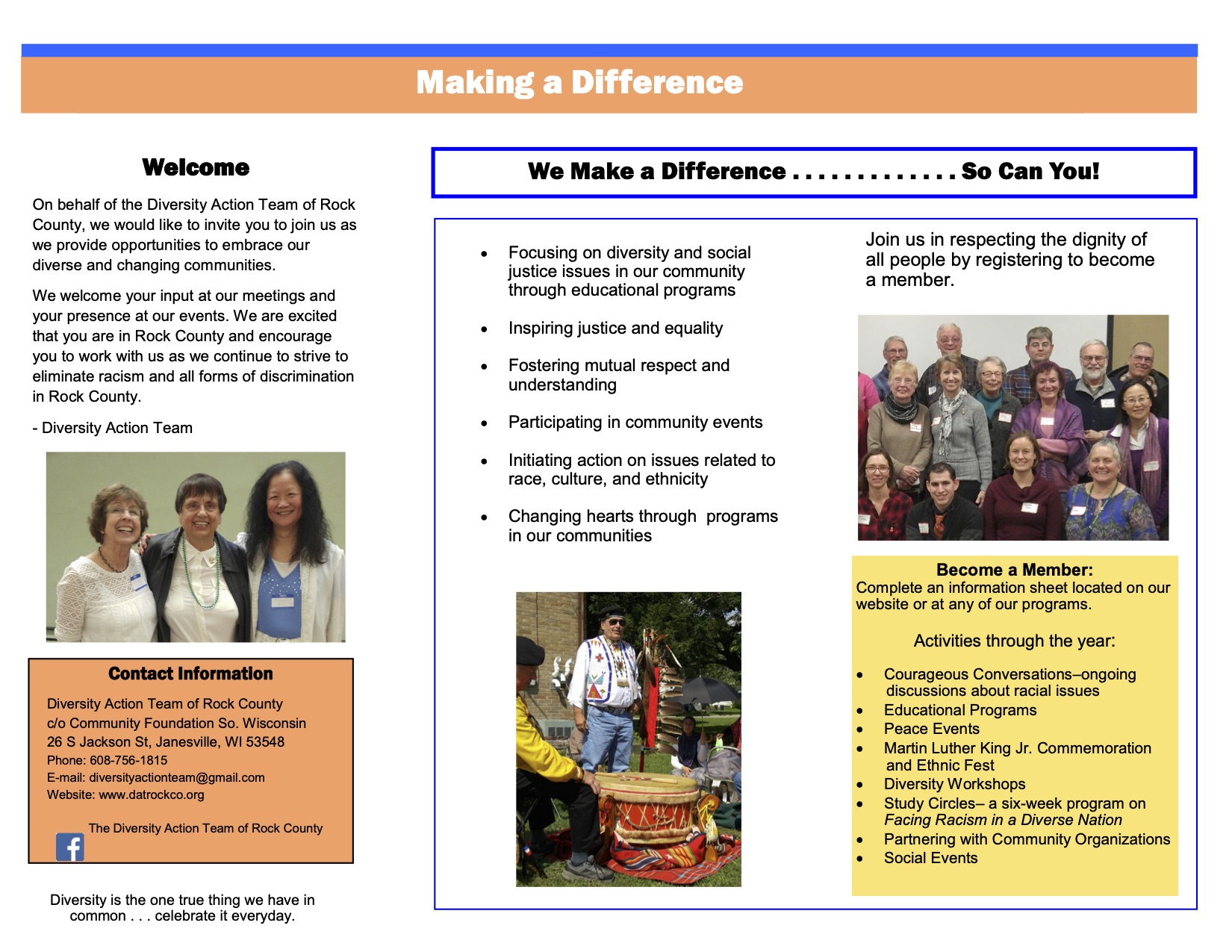