The Wisconsin Department of Health Services (DHS) is confirming a death in Milwaukee County related to the use of synthetic cannabinoids, often called fake weed, K2, and spice. This is the first confirmed death linked to the outbreak. Overall, Wisconsin has seen 45 cases since March of this year, including 37 confirmed cases and 8 probable cases. Counties with confirmed cases include Dane, Milwaukee, Outagamie, and Rock.

“We are continuing to work with local health departments, the Centers for Disease Control and Prevention (CDC), the Poison Control Center, and other partners to try to identify common products or sources,” said State Health Officer Karen McKeown.

DHS strongly urges people to stop using these drugs. If you or someone you know has a serious reaction to synthetic cannabinoids, call 911 or go to the emergency department right away. Even if you are not bleeding, see a doctor if you have used synthetic cannabinoids; you may be at risk for bleeding as this product can stay in your system for months.

Synthetic cannabinoid products are not legal in Wisconsin. The health effects from using them can be unpredictable, harmful, and even life threatening. These products are created by spraying chemicals on dried plant material to be inhaled in tobacco products like e-cigarettes or other vaping devices. 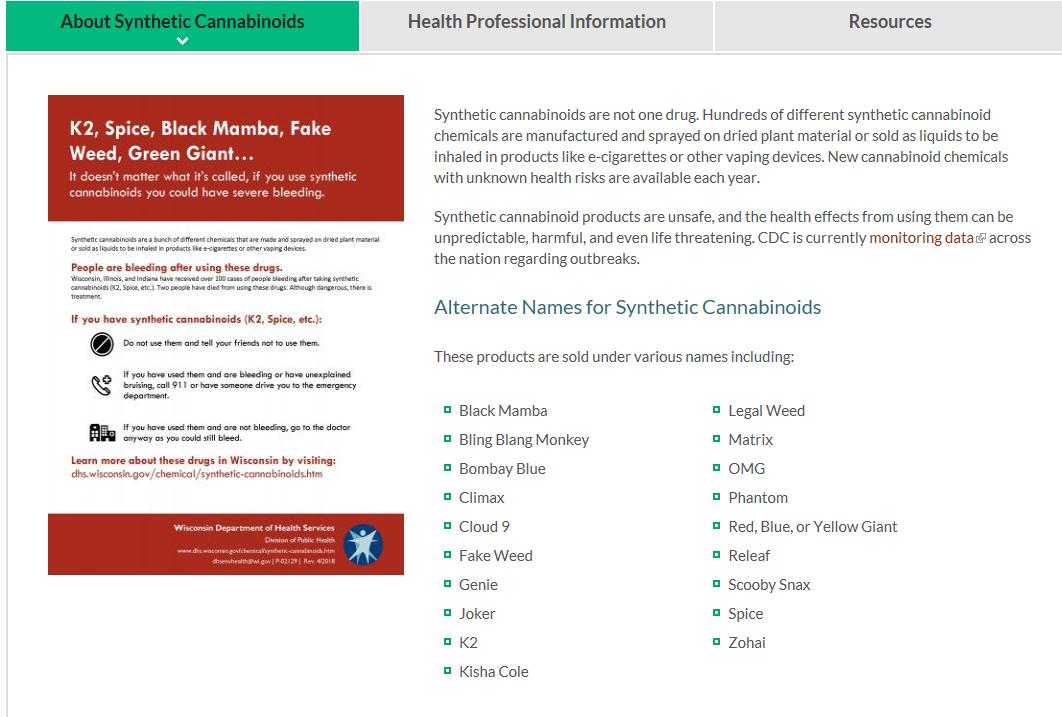